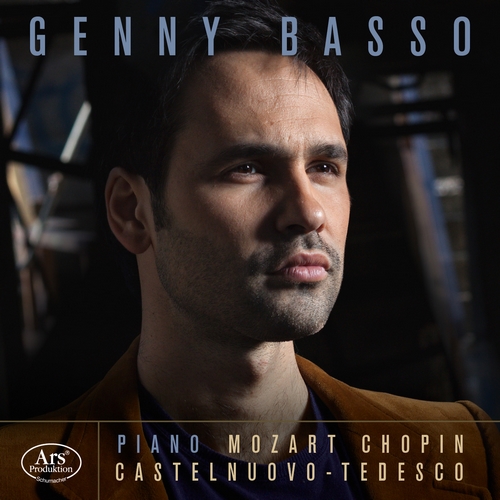 Mario Castelnuovo-Tedesco:
Piedigrotta 1924
This album is the result of an extraordinary adventure of self-development that began when the pianist Aldo Ciccolini offered Genny Basso to move to his house in Paris and be his personal assistant at international master classes. Much of Basso's current playing style has evolved from this experience, which has deeply influenced the way he feels and perceives interpretation.

In the years that followed, Genny Basso had the privilege of listening to Ciccolini every day, trying to discover his secrets, taking his suggestions, listening to and commenting on music with him. And thanks to him Basso probably learned his most important lesson: making music is not narcissism, but full of love and sincerity. That's why his first album could not be anything but a tribute to him, to the intensity and purity of his soul, to his piano art and to the artistic lessons he left Basso.
Recording: December 2019, Auditorium Novecento Napoli. Piano: Steinway & Sons Concert Grand Piano Model D-274, 2014.