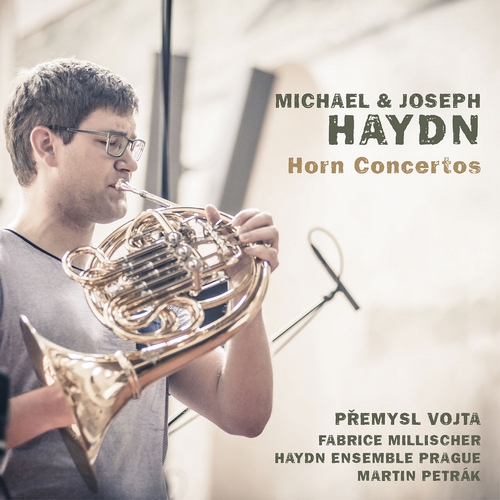 It is difficult to ascertain how many horn concertos Joseph Haydn and his younger brother Michael actually wrote. Certain works are lost; others are erroneously ascribed, or their authenticity is at least doubtful. One of the concertos has even been ascribed by different musicologists to Joseph and to Michael Haydn, but it may have been written by another person entirely. The two brothers wrote most of their concertos for the widest variety of solo instruments, but usually in the same type of situation: i.e. once they had assumed important posts at the head of renowned court orchestras. Joseph Haydn became Kapellmeister for the Ezterházy princes in 1761, and Michael became concertmaster of the Salzburg archdiocese court orchestra in 1763.

The court musicians in both orchestras were virtuosos in their own right, and one of the tasks of a Kapellmeister consisted in composing new works that permitted them to display their outstanding abilities in the presence of their sovereigns.

(Excerpt from the liner notes by Dr. Arnim Raab, Haydn-Institut)