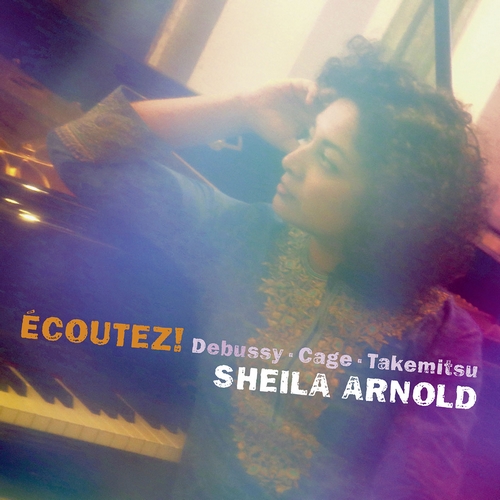 John Cage:
Sonatas and Interludes for prepared Piano /
Claude Debussy left a profound mark on music history when he dissolved functional harmony under the influence of the music of the Far East.

Toru Takemitsu had to distance himself from his own culture in order to listen to Japanese music with the ears of a Western-trained musician – adopting, for instance, the approach of John Cage. He came to realize that Japan’s venerable musical tradition had long been highlighting individual notes as complex sonorities in their own right, instead of treating them as part of a series of several notes.

From the human need for sound as well as silence, John Cage drew the most extreme conclusions. The concept of a “beautiful” sound was never static in music history: it has changed over the centuries, and it differs from one culture to another. Western musical aesthetics tend to differentiate between “noises” and “notes”: the latter feature well-ordered harmonics. The concept of “dissonance” has also changed throughout different musical periods. What is more, musicians and their audiences have always felt the need to “savor” a dissonance – to listen to it consciously, to experience it – before it is resolved.

On the other hand, time plays a truly fundamental role in how a work is conceived and structured, and each individual listener experiences musical time in a different way. Ideally, the performer and the listener share the same time system: they enjoy passages in a similar way, they hear a piece with the same depth of focus. Music resonates inside the instrument, in our bodies, in the space that surrounds us. Each note is in motion. When several notes vibrate simultaneously, they make up an ocean of concomitant vibrations. If we add the sounds and noises from our surroundings, then we are dealing with an incredible concentration of sonic events within a very short period of time.

We become more aware of the way we perceive things. If we are lucky, this kind of conscious musical listening starts to affect how we pay attention to other people, whether they are speaking or not. And lending an ear to one another has become more necessary than ever. Wouldn’t you agree?