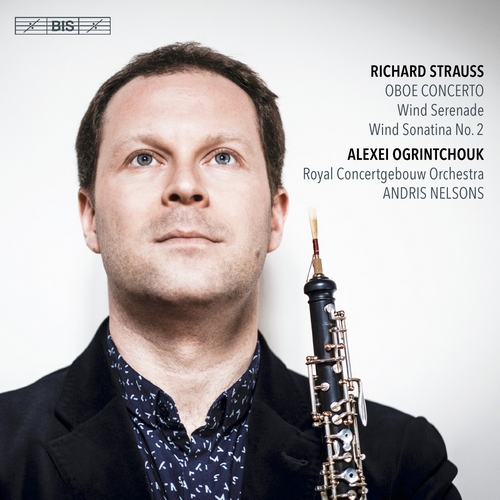 Concerto in D major for oboe and small orchestra, TrV292
Serenade in E flat major, TrV 106, for 13 wind instruments
Sonatina No. 2 in E flat major, TrV 291, for 16 wind instruments
Despite his advanced age and the chaos surrounding him, Richard Straussremained highly productive well into the 1940s. As the Second World War was coming to an end in 1944-45, the eighty-year-old composer was working on his Oboe Concertoand SonatinaNo. 2 for winds, as well as the Metamorphosenfor strings. While the latter work was an explicit response to the destruction Strauss was witnessing, in the Concerto and the Sonatinathe composer seemed to be turning his mind away from the events surrounding him. There is a pastoral quality to the oboe concerto, with a highly tuneful solo part and more than occasional touches of nostalgia for the 18th century. Similarly, Strauss headed the score of the sonatinawith a dedication ‘to the spirit of the immortal Mozart at the end of a life full of thankfulness’. To an extent, one might say that Strauss at the end of his life returned to the musical models of his youth. It is therefore fitting that these two works frame the Serenade in E flat majorfor wind ensemble, composed more than sixty years earlier in the tradition of entertainment music by Schubert and Mendelssohn. Alexei Ogrintchouk, one of today’s leading oboists, has proven himself in previous recordings for BIS ranging from Bach to Nikos Skalkottasand AntalDoráti. With sterling support from the Royal Concertgebouw Orchestraconducted by AndrisNelsons, he here makes light of the considerable difficulties of the solo part of the oboe concerto, and also directs his colleagues from the orchestra’s wind section in the works for wind ensemble.