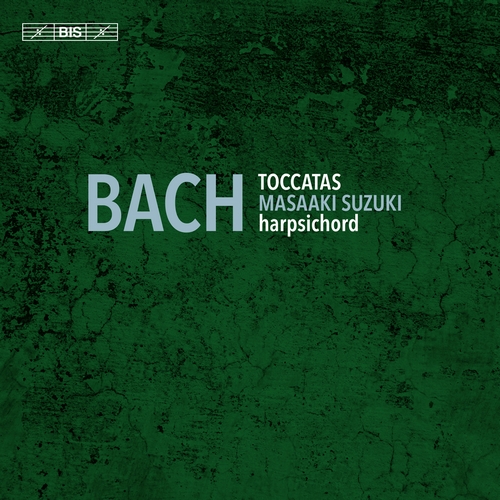 Toccata in G minor, BWV 915
Toccata in D minor, BWV 913
Toccata in G major, BWV 916
Toccata in C minor, BWV 911
Toccata in E minor, BWV 914
Toccata in D major, BWV 912
Toccata in F sharp minor, BWV 910
Very little is known about the origin of J. S. Bach’s seven Toccatas (BWV 910–916) or of their use. They are believed to have been written before 1717 or the end of Bach’s Weimar period – but it is quite possible that at least some of them were drafted before he arrived there in 1707, at the age of 22. The Toccatas are usually performed on harpsichord or piano – but even though they are ‘manualiter’ (intended to be played by the hands only) and do not call for pedal parts, they are also occasionally heard on the organ. In terms of style they are examples of the so-called stylus phantasticus – ‘the most free and unfettered method of composition’ – and belong to the North German organ tradition of the late 17th century.

Each toccata consists of several distinct and contrasting sections, interweaving strict counterpoint and fugal passages with freely rhapsodic material, and as such the toccatas differ from the two-movement prelude-and-fugue format which Bach later would put his own, indelible stamp on. With this disc, Masaaki Suzuki takes on some of the earliest of Bach’s extant harpsichord compositions, after having released acclaimed recordings of a wide range of later works, from the two-part Inventions to the two books of the Well-Tempered Clavier. However, he also brings his experience in performing the music of Bach’s North German predecessors to bear, for instance Buxtehude (BIS-1809) and Nicolaus Bruhns.
Recording: February 2018 at Kobe Shoin Women’s University Chapel, Japan. Instrumentarium: Harpsichord by Willem Kroesbergen, Utrecht 1982, after enlarged Ruckers. 2 manuals, 2 x 8, 1x 4, FF f'''