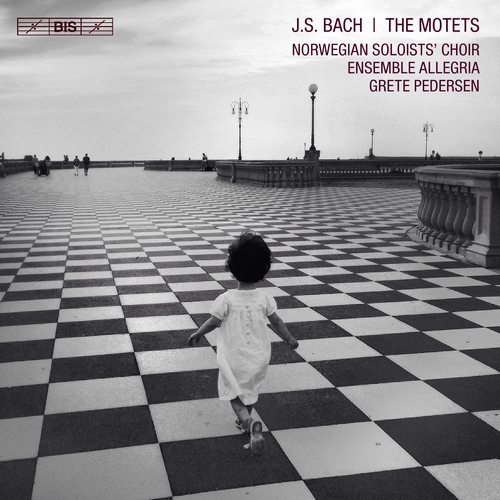 Komm, Jesu, komm, BWV 229
Fürchtedich nicht, ichbin beidir, BWV 228
Der Geist hilftunser Schwachheit auf, BWV 226
Jesu, meine Freude, BWV 227
Lobet den Herrn, alle Heiden, BWV 230
O Jesu Christ, meins Lebens Licht, BWV 118
SingetdemHerrneinneuesLied, BWV 225
Bach's motets are surrounded by much uncertainty. To begin with, we do not know how many he actually composed, as some have been lost while others have been wrongly attributed to him. Although several of the motets were written for funerals, it is also uncertain if they were actually performed during church services: as a genre, the motet was established as early as the 13th century and by Bach's time it was considered to be old-fashioned and backward-looking.

Even so, the motets are the only vocal works by Bach that have an unbroken performance tradition until the present time, which may serve as testimony to the powerful response that they induce in listeners and performers alike. They were originally believed to have been composed for choir a cappella, but it is now thought that Bach himself may have performed them either a cappella or with instruments doubling the vocal parts and with basso continuo. For this recording, Grete Pedersenhas opted for variety, performing four of the works with the support of the instrumentalists of Ensemble Allegria, and the remaining three with organ continuo. As on their previous, highly acclaimed releases on BIS, the Norwegian Soloists’ Choirshine in what surely is the absolute core repertoire for mixed choir.
Recording: February 2015 (BWV 227 & 118), June 2016 (BWV 226, 228 & 229) and February 2017 (BWV 225 & 230) at Ris Kirke, Oslo, Norway