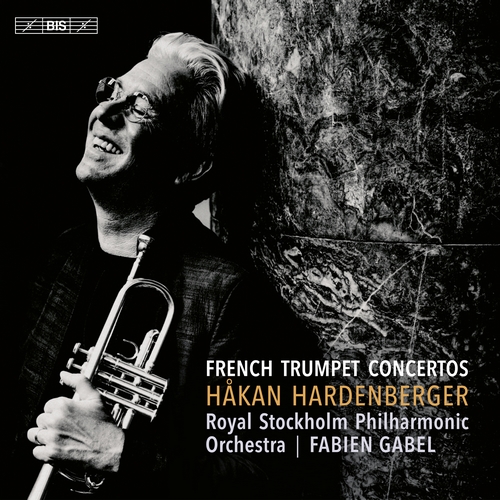 Betsy Jolas:
Onze Lieder
During the second half of the 19th century, a French school of trumpet playing was established, with French musicians and composers at the forefront of the instrument’s musical and technical development. As a result, it was entrusted with a more prominent role within the orchestra and soon also as a solo instrument. On the present disc, Hakan Hardenberger – who like so many other leading trumpet players studied in Paris – presents some of the fruits of this development: five important French works composed between 1944 and 1977. With the support of the Royal Stockholm Philharmonic Orchestra and conductor Fabien Gabel – who incidentally began his career as a trumpet player – he opens the disc with Henri Tomasi’s Trumpet Concerto. Often performed and recorded, it here appears on disc for the first time with its original, longer ending, reconstructed from a newly discovered manuscript.

Another rarity is the version for trumpet and orchestra of Florent Schmitt’s Suite, a work which is more commonly heard with piano accompaniment. Rather more frequent in concert are André Jolivet’s Concerto and the Concertino in which Hardenberger is joined by his regular chamber music partner Roland Pöntinen as co-soloist. The most recent work on the disc is Onze Lieder by Betsy Jolas, a work which has a special resonance for both soloist and conductor as it was written for their trumpet teacher Pierre Thibaud.
Recording: 23rd 27th August 2021 at Konserthuset Stockholm, Sweden.