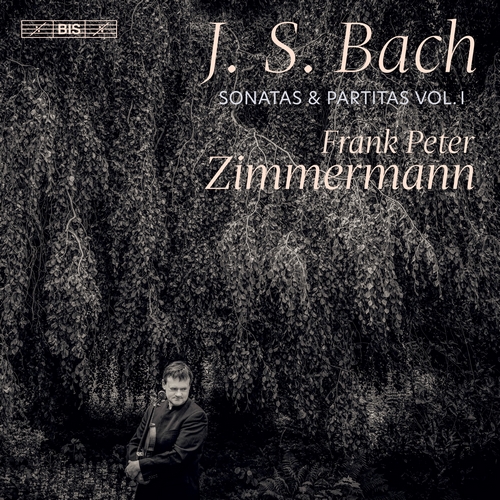 Sonata No. 2 in A minor, BWV 1003
Partita No. 2 in D minor, BWV 1004
Partita No. 3 in E major, BWV 1006
Since the mid-1980s, Frank Peter Zimmermann has earned recognition as one of the leading violinists, admired not only for his technical skill and interpretive intelligence, but also for his versatility in a wide-ranging repertoire. His extensive discography spans from Bach concertos and Beethoven sonatas to works by composers such as Ligeti, Magnus Lindberg and Brett Dean. But during the four decades that Zimmermann has been making recordings, he has never previously recorded Bach’s Sei solo, the six sonatas and partitas for solo violin which form an absolute pinnacle in the repertoire for the instrument.

As he now takes on these works, it is with great respect for the task at hand – Zimmermann compares them to ‘a mighty tree, which protects me and crushes me at the same time’, the music giving him hope and strength at the same time as it confronts him with his limits as a violinist. On this first disc of two he offers us Sonata No. 2 in A minor, as well as the D minor Partita No. 2 with the iconic Chaconne and Partita No. 3 in E major.
Recording: 8th 12th June 2020 at the Evangelische Kirche Honrath, Germany (BWV 1002, 1003), 27th 28th March 2021 at Konserthuset Stockholm, Sweden (BWV 1006). Violin: Antonio Stradivarius, Cremona 1711, ‘Lady Inchiquin’.