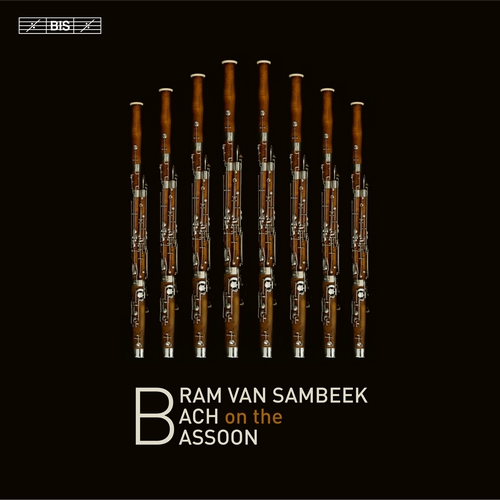 Partita No. 2 in C minor for keyboard, BWV 826, arranged for eight bassoons in multitrack
French Suite No. 5 in G major for keyboard, BWV 816 (excerpts - Nos 1-3, 5)
Partita in A minor for solo flute, BWV 1013
Cello Suite No. 1 in G major, BWV 1007
Following a rock/metal album recorded with his band ORBI [BIS-2297], Bram van Sambeek returns with his own idea of a dance album. For it he has selected four works by Johann Sebastian Bach that consist mainly of typical baroque dances – but just as van Sambeek’s metal album wasn’t made for headbanging, Bach’s dances weren’t meant for dancing, but rather to be listened to.

The disc opens with van Sambeek’s own arrangement of the celebrated Partita in C minor for keyboard which he describes in his liner notes as one of his favourite works to listen to. The arrangement includes every note of the original keyboard part and is for no less than eight bassoons – all played by van Sambeek using multitrack recording technique. The idea for this came from having spent months in lockdown due to the pandemic: even though musicians were unable to play together, the urge to play actual harmonies persisted. Four movements from another keyboard work – the French Suite No. 5 – are also included on the disc, but as these are melodic rather than contrapuntal they have lent themselves to be arranged for a single voice. The remaining two works are the Flute Partita in A minor and Cello Suite No. 1, adding to an overall result which allows a new look on well-known works, with new nuances and colours.
Recording: June and September 2021 at Djursholms kapell, Danderyd, Sweden. Bassoon: Bassoon: Heckel 1970, serial number 11174.