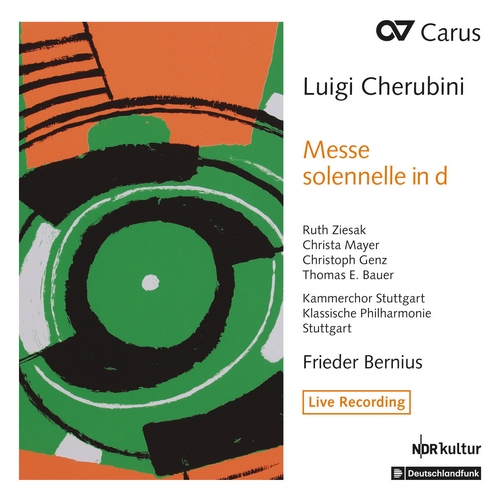 After a beginning which seems familiar, unforeseen, imaginative and witty turns lead melodic progressions and harmonic developments into entirely new directions. The harmonic variety is impressive, and chromaticism plays no less important a role. Subtle instrumentation lends many sections an exquisite sonority. And last but not least, the deeply felt interpretation of the text by means of melodic, rhythmic or harmonic figures, as well as by dynamics and tempo is one of the outstanding features of the work, highlighting the performers' brilliance.
Recorded at Deutsches Haus, Flensburg, 21.07.2001. Live recording of a public concert at the Schleswig-Holstein Musik Festival 2001.