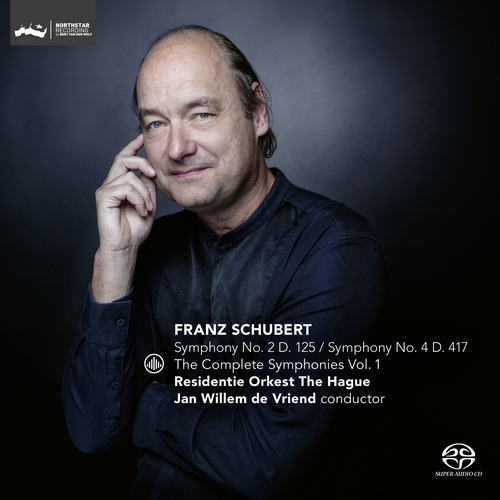 Symphony No. 2, D. 125
Symphony No. 4, D. 417 ‘Tragic’
Schubert composed his first five symphonies while still a teenager, but they represent just one facet of his prodigious fluency. At this time some of his musical ideas bear a family resemblance to certain themes from Mozart, Haydn and Beethoven, but already his own musical character is evident. He began his Second Symphony in December 1814 and had finished it by 24th March the following year.

He completed the Fourth Symphony in about three to four weeks during April 1816. We should not read too much into the Fourth Symphony’s “Tragic” appendage, added by Schubert as an afterthought. It may be merely an example of the flippant comments which he wrote on some of his youthful scores, but nevertheless the symphony has more gravitas than its predecessors. Schubert also includes a second pair of horns to enrich the texture. Actually, this is the only piece of non-programmatic music to which he gave a descriptive title.
Recorded at Atrium Meppelweg, The Hague, the Netherlands, August 30 - September 1st 2017