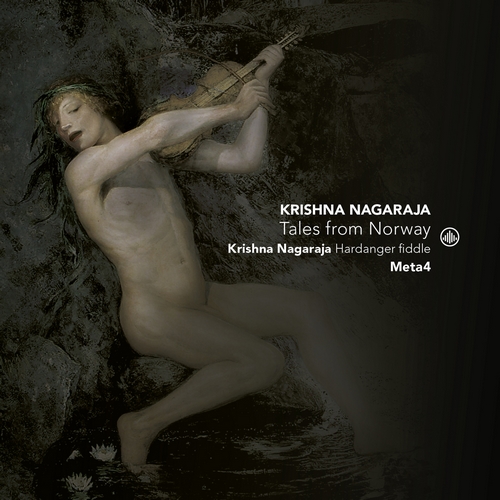 The string quartet Stringar devotes each of its three movements to a specific strand of the Norwegian springar tunes, synthesised with elements coming from disparate – albeit never gratuitous – directions. Western art music, Indian rhythms, progressive metal and semi-improvisatory techniques engage in a dialogue with the unusual rhythms and melodic turns of the Western Norwegian udelt takt springars, the time-bending telespringars from Telemark and the hypnotic valdresspringars from the mountainous slopes of Valdres.

Ancient traditions from the secluded valley of Setesdal tell tales of forests, mountains and magical beings through melodies carved out of stone and wood, shaped by water and wind. In A Norwegian Suite the storytelling is entrusted to the vulnerable and otherworldly sound of the Hardanger fiddle, spinning the thread of folk inspirations into a variety of textures that ranges from the ecstatic to the frenzied. The two works originate from the common space that lies between several genres and enter a hybrid territory that gives rise to something different. The compositional process itself becomes an innermost companion that constantly negotiates its identity with the world around it.

The members of Meta4 play on notable instruments, which include a Stradivarius, kindly on loan from the Finnish Cultural Foundation, a Carlo Bergonzi violin, loaned from the Signe and Ane Gyllenberg’s Foundation and a cello made by Lorenzo Storioni of Cremona in 1780.
Stringar recorded at Organo Hall, Music Centre, Helsinki, Finland on 9-10 May 2021. A Norwegian Suite recorded at The Shelter (Matteo Tovaglieri) – Meda, Italy, on 17-18 June 2021 (5 & 7) and on 29-30 June 2021 (4 & 6).