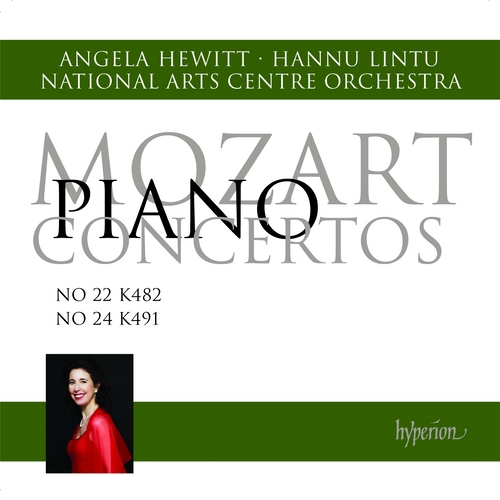 Piano Concerto No 22 in E ?at major K482
Piano Concerto No 24 in C minor K491
Hyperion is delighted to present Angela Hewitt’s third volume of Mozart piano concertos. Writing in The Observer, Stephen Pritchard wrote of the ?rst volume that ‘Judging from this ?rst example, it’s going to be a journey as revelatory as her exploration of all the major keyboard works of Bach’.

Both of these works were written between December 1785 and March 1786. For the ?rst time in a piano concerto orchestration, in No 22 he uses clarinets an instrument that became a regular member of orchestras only in the 1780s. No 24 is a dark and passionate work, made more striking by its classical restraint, and the ?nal movement, a set of variations, is commonly called ‘sublime’.