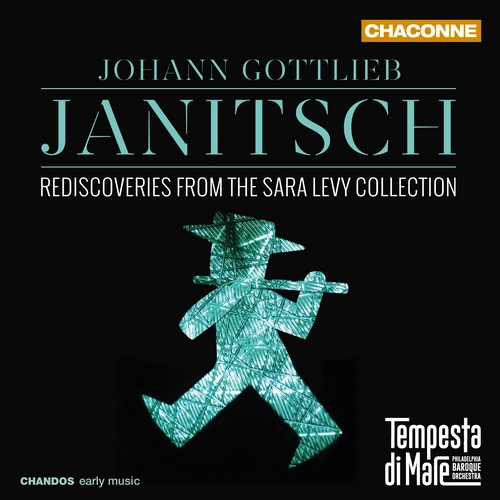 The works formed part of an enormous music collection which belonged to Sara Levy, the great-aunt of Felix Mendelssohn. She was a distinguished harpsichordist, collector, and influential figure in the musical life of late-eighteenth- and early-nineteenthcentury Berlin. Removed from the Berlin Sing- Akademie towards the end of World War II, her musical library was for many decades considered lost or destroyed. It was unearthed in Kiev only in 1999 and returned to Germany in 2001, where it is now again accessible to the public.

While there can be no doubt that the instrumental oeuvre of Janitsch matched the diversity of that of some of his more prominent Berlin colleagues, the emphasis of his compositional output lay on chamber music, especially Quadros, four of which are featured here. The typical, prevailing dialogic structure of the Ouverture grosso highlights the influence which thematic play had on the rest of his work.
Recording: Gould Recital Hall, Curtis Institute of Music, Philadelphia, Pennsylvania, USA; 12 and 13 March 2017 (Sonata, Op. 6 No. 35, Sonata, Op. 4 No. 21, Ouverture grosso) & 22 May 2017 (other works)