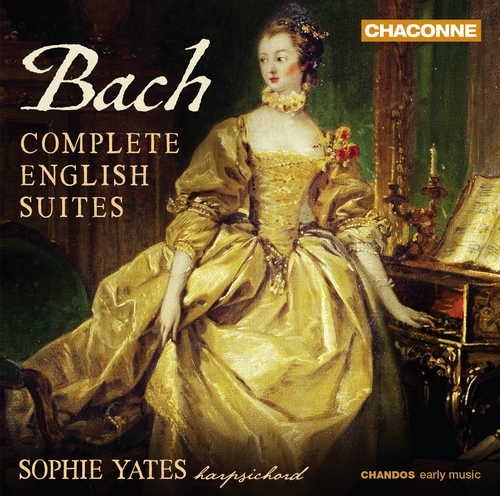 CD 2:
Suite IV in F major, BWV 809
Suite V in E minor, BWV 810
Suite VI in D minor, BWV 811
There is no surviving autograph manuscript of Bach’s ‘English’ Suites, and for such a set of magnificent pieces, an important and well-loved part of the baroque keyboard ‘canon’, surprisingly little is known about its history. What we do know is that the suites are amongst Bach’s earlier works – probably written in the second decade of the eighteenth century – and that the appellation ‘English’ was not given to them until the 1750s.

In order to understand these fascinating works on a deeper level, we have to appreciate the importance of dance in the cultural context of eighteenth-century Europe. As a social skill, the ability to dance correctly was considered so vital that every court had a Dancing Master, often French, who taught the different types of dances to aspiring courtiers. Because of this, dancing, and by extension the instrumental dance suite, was one of the factors contributing to French taste’s becoming a defining characteristic of the baroque style.