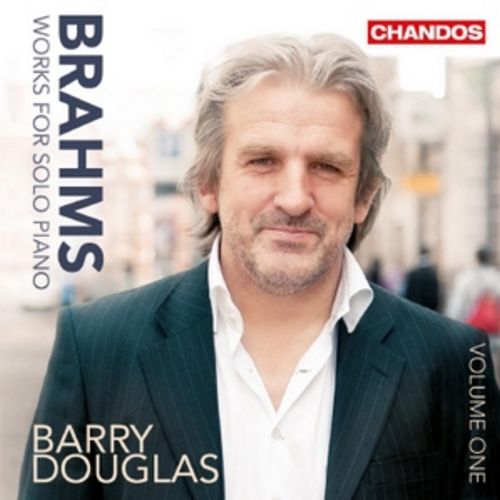 The series also marks the first major project of the internationally acclaimed pianist Barry Douglas as an exclusive Chandos artist. Since winning the Gold Medal at the 1986 Tchaikovsky International Piano Competition in Moscow, Douglas has established a major international career, and his reputation as a pianist and conductor continues to grow.

Douglas was the soloist in the 2011 recording of Nino Rota’s Concerto soirée (CHAN 10669), of which International Piano said: ‘For pianophiles, the headline message is undoubtedly “Barry’s back”. A complete Brahms series beckons, for which this definitely whets the appetite.’

Brahms wrote his set of four Ballades, Op. 10 (of which No. 4 is included on this disc) at the age of twenty-one, and at a time of much personal upheaval. His friend and patron Schumann had attempted suicide and been confined to a sanatorium near Bonn, and Brahms had been thrust into the role of protector and comforter of Schumann’s wife, Clara, while coming to terms with his own strong feelings for her. Reflective of the difficult situation, this work displays a deep-felt blend of the dramatic and the lyrical.

Perhaps the climax of Brahms’ activities as a composer came with the Variations and Fugue on a Theme by Handel, Op. 24. This was Brahms’s first major compositional statement following his 1860 ‘Manifesto’ against the ‘New German School’. The choice of a baroque theme, the strictness of the variations, the richness and scope of the piano technique, and the display of contrapuntal method in the Fugue, all combine to present Brahms in the role of ‘Preserver of Tradition’. Even Wagner saw the importance of the work, commenting grandly that it showed what could still be done with the old forms by someone who knew how to use them.

The predominant mood of the three Intermezzos on this disc is reflective and deeply introspective, which is in strong contrast to Brahms’s Capriccios, which are passionate, almost volatile, in character. The Romance, Op. 118 No. 5 completes the disc. This is a tuneful piece, which displays the lilt almost of a folksong.