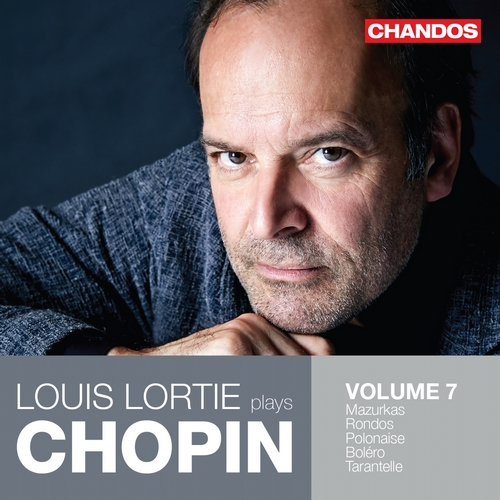 The Rondo a la Mazur, Op. 5 and Rondo, Op. 16 are examples of the longer form that was linked with the ‘brilliant’ style of piano writing popular in the 1820s. Chopin soon moved away from this, in search of a more progressive compositional style. Composed around the same time as the Op. 16 Rondo, the Boléro, Op. 19 evokes the exoticism of Spain, whilst the Tarantelle, Op. 43 reflects the Parisian vogue for the southern Italian dance sparked by Auber’s grand opera La Muette de Portici. Now one of his most celebrated works, the Polonaise, Op. 53 represented for Chopin the culmination of his project, begun with the two Polonaises, Op. 26, to imbue the genre with powerful national symbolism.

These works are interspersed with four sets of Mazurkas, Opp. 17, 30, 63, and 68. Chopin almost single-handedly introduced the Mazurka to Paris when he arrived there in the late 1820s, and continued to compose them throughout his life, transforming this Polish dance into some of his most dazzling and memorable compositions.
Recording: Potton Hall, Dunwich, Suffolk; 13 – 15 October 2021. Piano: Fazioli Model F 278 grand piano (serial no. 2782238).