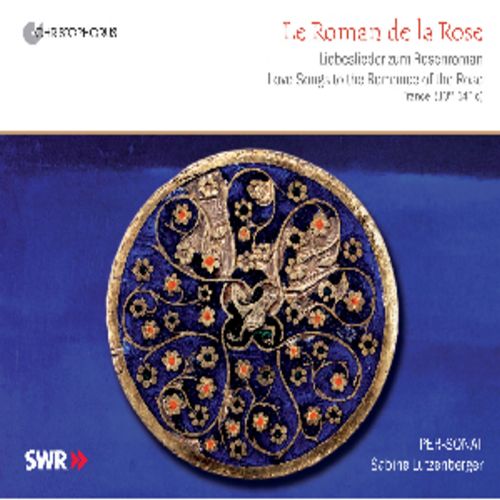 Le Roman de la Rose:
Love Songs to the Romance of the Rose (France 13th - 14th c.)
The Roman de la rose (Romance of the Rose, written between 1230 and 1275) is a medieval French poem styled as an allegorical dream vision and is a notable instance of courtly literature. At various times in the poem, the "Rose" of the title is seen as the name of the lady, and as a symbol of female sexuality in general. The work was very popular and one of the most widely read works in France for three centuries. It survives in hundreds of illuminated manuscripts and inspired many composers. The program of this CD contains such influenced music and assembles it to several allegorical “scenes” of the Romance of the Rose.