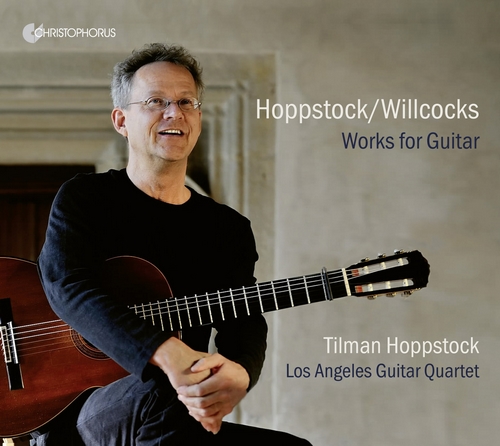 Christophorus - CHR 77431
Kompozytor
Tilman Hoppstock (ur. 1961)
Allan Willcocks (1869-1956)
Wykonawcy
Tilman Hoppstock, guitar
Los Angeles Guitar Quartet
12 Impressionistic Sketches for Guitar
12 Miniature Preludes for Guitar
Variations on a Theme of Debussy
12 Studies for Guitar
Suite Transcendent
There is a lack of guitar music from the time of Impressionism. This was the reason for Tilman Hoppstock to compose a variety of works for guitar solo under the pseudonym of the fictitious figure of Allan Willcocks during the last few years: Over time, five work cycles have been formed and an entirely individual ‘Willcocks style’ has evolved which is periodically reminiscent of the musical language of Debussy and Ravel or the tonal colouring favoured by the English composers Scott and Ireland. Tilman Hoppstock with his splendid guitar technique and musicality leads us with his music into a wonderful world of impressionistic sounds and pictures.