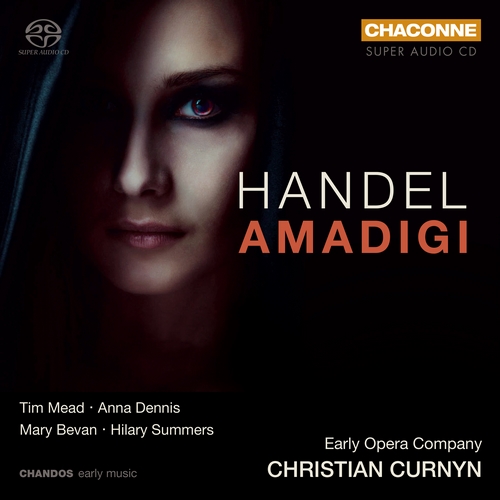 Amadigi di Gaula, HWV 11
Opera in Three Acts
On an anonymous adaptation (probably by Nicola Francesco Haym, 1678 – 1729) of the libretto Amadis de Grece (Paris, 1699) by Antoine Houdar de La Motte (1672 – 1731)
The countertenor Tim Mead leads an all-star cast in the Early Opera Company’s recording of Handel’s Amadigi di Gaula, conducted by Christian Curnyn. The opera was first performed, in London, in 1715, in the first season under the reign of George I, at the King’s Theatre on the Haymarket. The complex, twisting plot features the lovers Amadigi and Oriana, imprisoned by the sorceress Melissa (who seeks Amadigi’s love). His ally Dardano turns against Amadigi, his former friend, when he realises that they both love Oriana and he sides with Melissa.