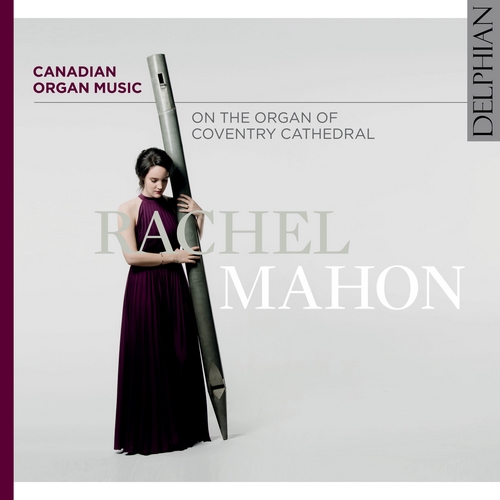 Canadian Organ Music on the Organ of Coventry Cathedral

Rachel Laruin:
Symphony No. 1 for organ, Op. 36
Underpinning 21st-century virtuosity with a moving story of continent-crossings both musical and personal, Rachel Mahon’s debut recital album surveys a century of organ music from Mahon’s native Canada, presenting it on a British instrument which is itself a testimony to the generosity of Canadian music-lovers in the difficult years of post-war reconstruction.

In 1952 Healey Willan, an organist and composer born in England in 1880 but resident in Canada since 1913, presented the Provost of Coventry Cathedral with a cheque from the Royal Canadian College of Organists, representing a sizeable donation from the College’s members and the Canadian public towards the cost of an organ for the new cathedral, which opened in 1962. Having made the opposite move to Willan, from Canada to the UK, Mahon is now Assistant Director of Music at the cathedral.
Recorded: 22-24 April 2019, Coventry Cathedral.