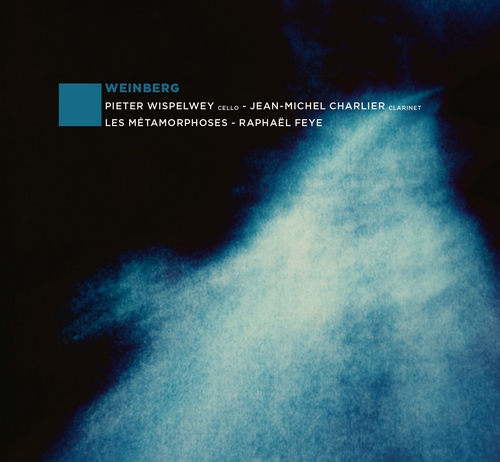 Cello Concertino, Op. 43bis
Fantasy for cello and orchestra, Op. 52
Chamber Symphony No. 4, Op. 153
Few composers can be said to be ‘citizens of nowhere’ and yet, exactly this moniker is appropriate for Mieczys?aw Weinberg. He was born and raised in Poland to a Jewish family, but for complex reasons spent the majority of his life in Soviet Russia. He had a prolific output(over 150 opus-numbered works, and more besides), but never reached international fame during his lifetime. Since his death in 1996, that has all changed. His powerful music speaks to generations, made all the more powerful by his emotive biography. Weinberg was born in December 1919; his father was a violinist and conductor for several Jewish theatres in Warsaw, and his mother was an actor and singer. After beginning piano, Weinberg showed great talent and began joining his father in the orchestra pit from the age of 11. He studied at the Warsaw conservatoire, and was even offered a scholarship to study in America.

Fate intervened, in the form of the Second World War. Weinberg fled Warsaw and headed east, leaving his parents and sister behind (he would never see them again; they were murdered in the Holocaust). He was granted entry to the Soviet Union, and briefly studied in Minsk, before fleeing the Nazi advance again in 1941. At this point, he fled to Tashkent, Uzbekistan, from where he eventually settled in Moscow, at Shostakovich’s personal invitation. The two composers quickly became firm colleagues and friends, and they regularly began to show each other their works in progress. He had still not escaped the spectre of anti-Semitism, however, and he was imprisoned for several months in 1953 on trumped-up charges. During the 1960s, Weinberg reached the height of his fame, as his music was performed by the likes of David Oistrakh, Mstislav Rostropovich, and Kirill Kondrashin. Despite such success, his music was always marked by the trauma of the loss and tragedy that he had endured. Since his death in obscurity, a generation of performers has brought Weinberg’s music to contemporary audiences: his blend of tuneful modernism speaks to millions around the world.