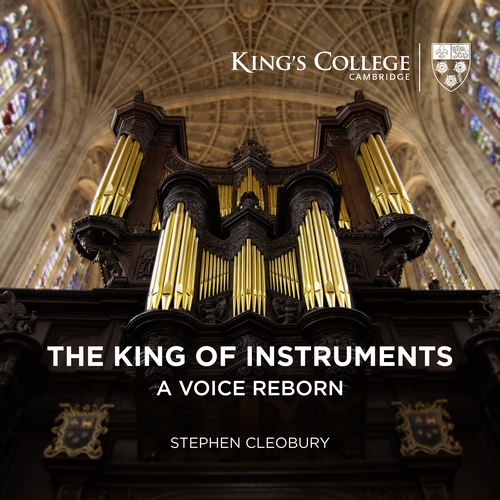 Bach / Mendelssohn-Bartholdy / Franck: The King of Instruments - A Voice Reborn

George Baker:
Procession Royale
The Harrison & Harrison organ in King’s College Chapel is, like the College Choir, famous the world over. The organ case with gilded pipework, which surmounts the 16th century screen, is a striking feature of nearly every depiction of the interior of the Chapel, while the instantly recognisable sounds of the instrument have become inextricably associated with those of the Choir. In January 2016, the instrument – including its 4,300 pipes – was removed from King’s College Chapel for the most significant restoration since the 1960s. Just nine months later, the project was completed, with the famous organ secured for future generations. Recorded just a few months after the restored organ was heard in public once more, this album celebrates a voice reborn, with a varied programme of music that shows off this magnificent instrument at its very best. Unusually for such a busy conductor, Stephen Cleobury has remained active as an organist. A former president of the Royal College of Organists, he gives regular performances in the weekly recitals at the King’s Chapel, while his recordings have been championed for their virtusoity and musical insight. This release joins other critically-acclaimed recordings from King’s College, Cambridge. These include Organ Works: Liszt, Reubke, Mendelssohn, which was the first surround sound recording of this great organ. Gramophone praised Cleobury’s playing: “If you are not at the top of your game, there is little point in tackling the ferociously demanding Liszt and Reubke works - and Stephen Cleobury is on peak form.” The release will be accompanied by an international press and marketing campaign.