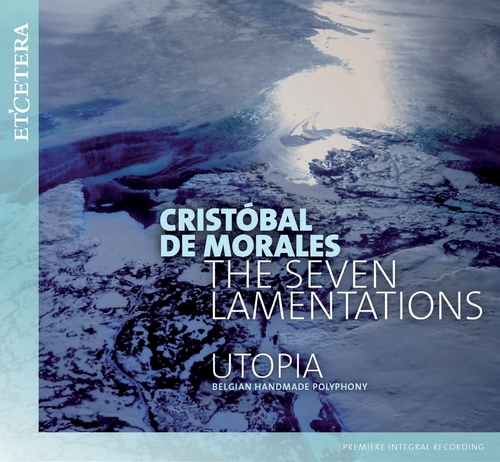 Morales was regarded as the first Spanish composer of polyphonic sacred works to achieve international recognition. He was born in Seville around 1500; nothing is known about his education and training, but it can be assumed that this took place in one of the collegiate churches in which Spain abounded, most likely in the cathedral of Seville where Francisco de Penalosa was canon and Pedro de Escobar had made his mark as maestro de capilla. Morales’ career was spent entirely in ecclesiastical centres as maestro de capilla. He was appointed successively to the cathedrals of Avila (1526), Plasencia (1528) and Cordoba (1532). He became a singer in the Papal chapel in Rome in 1535; many Popes, including the Spaniards Calixtus III and Alexander VI as well as the non-Spaniards Clemens VII and Paulus III appreciated Iberian singers. The polyphonic composers Arcadelt and Gombert also sang in the Papal chapel and Morales may well have been influenced by their works. After two five-year periods in the Papal chapel Morales decided to return to Spain; his weak health may have played a part in this. He was appointed maestro de capilla of the cathedral of Toledo, the seat of the Spanish church at that time, in 1545. He had gained an international reputation as a composer by that time, but his position in Toledo did not suit him; he also got into debt. He then entered the service of the Duke of Arcos in Marchena, a small town 60 kilometres to the east of Seville, as maestro de capilla in 1548. Fortune was clearly not particularly kind to him, as he soon moved onwards to the cathedral in Malaga, where he spent his final years. Disobedient singers and choirboys undermined his authority there and he applied once more for a position at the cathedral of Toledo; he died in Marchena on 7 October 1553, before his application could be considered.
Premiere Recording