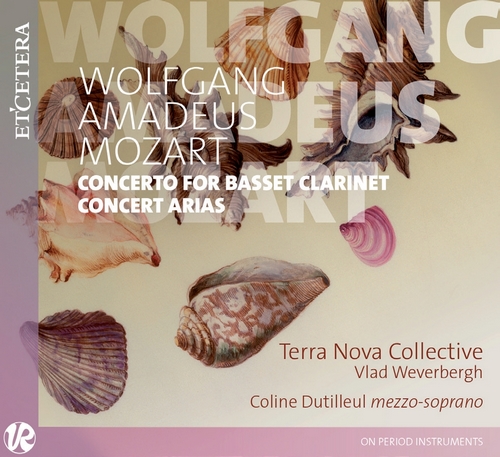 Peter van Maldere:
Sinfonia in D opus V/I
Vlad Weverbergh (1977) is the founder and artistic director of the Terra Nova Collective; he has also specialised in historic clarinets and the modern bass clarinet. He is particularly focused on the rediscovery of forgotten composers and the performance of their works; his recordings include the most important compositions for clarinet, notably Mozart’s Clarinet Concerto KV 622 on a historic basset clarinet. He has also recorded an entire series of trend-setting world premiere recordings that have received praise from both the music press and the public. He also gives regular lecture recitals based on these works. Vlad Weverbergh has collaborated with international artists of the stature of Frank Braley, Mate Scuzcs, Jean-Claude Vanden Eynden, Vaclav Luks, the Danel Quartet and the Enescu Quartet. He is a regular guest as both soloist and chamber musician with several ensembles in Belgium and abroad; he has also several years’ experience as a recording producer and performer of klezmer music. He teaches chamber music and other subjects at the Kunsthumaniora in Antwerp and teaches bass clarinet at the Royal Conservatory of Antwerp.

Vlad Weverbergh conducted the world premiere of Missa Maria Assumptae (J.A. Faber) in 2016; the Mass was composed in Antwerp during the Baroque period and contains the earliest known solo for clarinet. This recording received great praise from the international music press, including the prestigious French magazine Diapason.

Recording on period instruments, Terra Nova Collective is a musical research collective based in Antwerp. The ensemble seeks out interesting unknown or forgotten music and breathes new life into it on the concert platform. These works are presented in the concert programme alongside more familiar works of the western musical repertoire. At a Terra Nova concert the audience has the chance to hear a unique musical discovery as well as a familiar masterpiece.
Played on period instruments