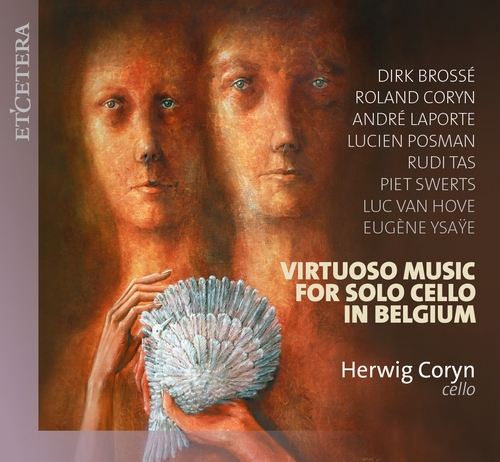 Eugene Ysaye:
Sonata for cello solo, Op. 28
To the idea for this CD, a compilation of compositions by current members of the arts class of the Royal Flemish Academy of Belgium for Science and Arts, I have added the ‘Sonata for cello solo opus 28’ by Eugene Ysaye, as this composition from 1923 was probably one of the most important works in that genre composed in Belgium at that time. On the occasion of the celebrations of the 250th anniversary of this institute, I developed this program as a tribute to the composers of the class of arts. The composers themselves provided explanations of their works, which you will find further on in this insert.

I considered the program of this CD an excellent opportunity to juxtapose a lesser known and played work by Eugene Ysaye, with those of our contemporary composers. Because of its somewhat dark chromatic character, but also because of its high technical difficulties, it is rarely, if ever, performed in concert programs or competitions. This is in contrast to the solo sonatas for violin opus 27 by this master violinist, who is recognized throughout the musical world as the flagship of the Belgian-Liege violin school. This school represents a style of playing known throughout the world that started with Charles de Bériot (1802-1870) and ended, via Henri Vieuxtemps (1820-1881), with Eugene Ysaye (1851-1931).

I hope, this recording, in addition to publicizing the significant work of our eminent living member-composers, may help to give this sonata and the other works the acknowledgment they deserve.