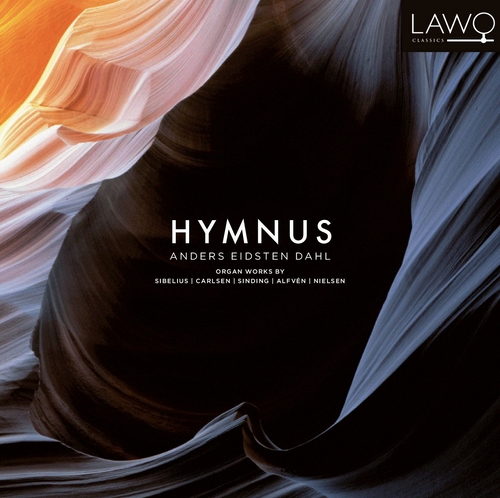 Sibelius:
Intrada
Surusoitto
Carlsen:
Prelude
Festforspil
Intermezzo
Nielsen:
Commotio
Christian Sinding:
Hymnus
Hugo Alvfen:
Peludium
HYMNUS – THE ORGAN AS ALPHA AND OMEGA Anders Eidsten Dahl’s selection of organ works on this recording demonstrates how the music can both frame the life work of a composer and bring it to a close – as alpha and omega. The repertoire reveals the solid position of organ music beyond its golden age in the Baroque and Romantic periods. The organ music on this album, composed between 1913 and 1931, owes a large debt to the tradition of Bach and French and German Romanticism, and something in it points toward a new era. But the music stands on its own legs and includes many gems.

Anders Eidsten Dahl (b. 1976) holds a degree in church music from The Norwegian Academy of music. Since 2001 he has served as cantor of Bragernes Church in Drammen. Eidsten Dahl is much in demand as organ soloist, chamber musician and harpsichordist in Norway and abroad, and has released several solo albums on