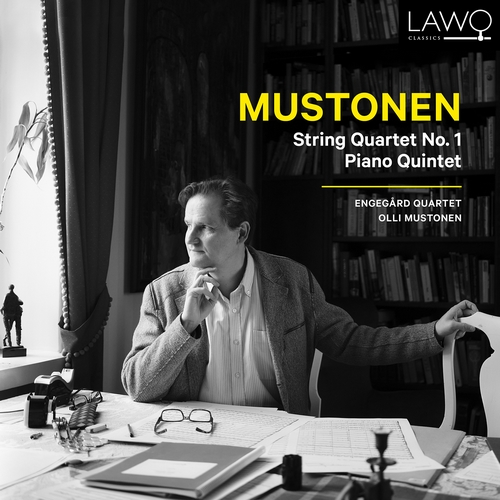 String Quartet No. 1
Piano Quintet
It is not a coincidence that many composers seem to have written some of their most important and meaningful works for the string quartet. I grew up listening to string quartets, especially those by Beethoven and Bartók, and those works have had a tremendous impact on what I am as a composer, musician and as a human being. In many of my works one can see some sort of journey from darkness toward the light, in various forms. In the case of my String Quartet this journey is exceptionally arduous. There is an element of hope in some sections of the third movement, but the hope it offers is more of an otherworldly variety. In the beginning of the fourth movement the very dramatic elements of the beginning of the quartet return. Just at that point, as the listener thinks that the darker elements will ultimately prevail, the music reaches an important turning-point. Through a heroic, dissonant struggle it reaches the finale, which is full of ecstasy and instrumental joy. I have given the finale, along with the metronome marking, the indication “Con fuoco all’Ungharese” – all this of course as a homage to the great Hungarian master, one of my greatest musical heroes already since the very early days of my life.

My Piano Quintet consists of three movements. The first movement is filled with drama and passion. Its’ atmosphere can be seen to be related to my Second Symphony “Johannes Angelos” – a work that has been inspired by a historical novel taking place in the middle of the turbulent times during the last months of the Byzantine Empire in Constantinople. The second movement is a set of polyphonic variations in a form reminiscent of a passacaglia. The music seems to be hypnotized by a theme consisting of a chromatic cluster of ten notes. Finally, the passacaglia winds down to a long, single low G sharp played by the first violin. At the beginning of the last movement, material from the previous movements starts to reappear, but this time in a mysterious, almost non-coherent way. It seems as if the music is searching for a way forward, but in vain. Finally, only bell-like chords in the piano part remain. The strings, one at a time, find a new kind of music that resembles fragments of a hymn – at first hesitantly, but soon gaining in strength and confidence. Fast-moving triplets start to appear, and the music reaches a joyful and ecstatic conclusion.
Recorded in Sofienberg Church, Oslo, 31 May–1 June and 7–8 September 2021. Instruments: Engegard plays a Giovanni Battista Rogeri violin (Brescia, 1690); Robson plays a Jean Baptiste Vuillaume violin (1858); Carlsen plays a Giacomo Zanoli cello (1737).