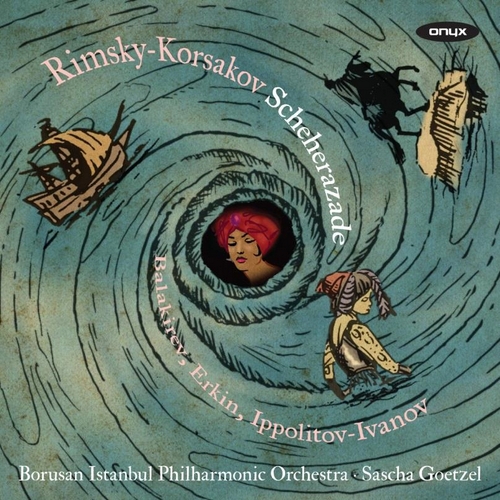 Rimsky-Korsakov: Scheherazade, Islamey, In the Village, The Procession of the Sardar

Ippolitov-Ivanov:
Caucasian Sketches op10, No.2 ‘In the Village’, No.4 ‘The Procession of the Sardar’

Erkin:
Dance Suite ‘Kocecke’
The Borusan Istanbul Philharmonic Orchestra under the direction of Sascha Goetzel have over the course of the past five years, built a formidable reputation as one of the most creative and exciting orchestras in Europe. The two earlier CDs for ONYX were extremely well received by critics around the world, and the new release will not disappoint.

Since it was founded, BIPO has worked to develop not only as an orchestra, but as a showcase for music from different traditions – a multicultural mosaic where each little stone is carefully placed with the utmost respect for its neighbour, making a unique contribution to its surroundings. This new recording explores the eastern musical roots of Europe in the late 19th and early 20th centuries, identifying elements from the eastern side of the Bosphorus which have impinged on the Western cultural background of these composers.