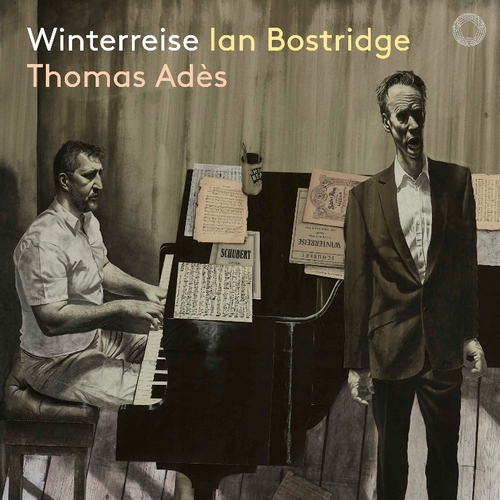 Winterreise, op. 89, D911
Song cycle on poems by Wilhelm Müller
Renowned Schubert interpreter Ian Bostridge revisits Winterreise, the greatest of all song cycles, on his first PENTATONE album. Bostridge presents this masterpiece together with pianist, conductor and composer Thomas Ades, who bases his profound accompaniment on a fresh engagement with the original manuscripts. Winterreise is the epitome of Romantic melancholia, written by a composer aware of his fatal illness but at the height of his creative powers. It is the first installment of a trilogy of PENTATONE recordings comprising the major Schubert song cycles. After Winterreise, Die schöne Müllerin and Schwanengesang will follow.

Ian Bostridge is one of the most celebrated tenors and lied interpreters of his generation. Thomas Ades is best known as a composer but demonstrates his extraordinary skills as a song accompanist on his first PENTATONE recording.
This album was recorded live at Wigmore Hall, London, September 2018.