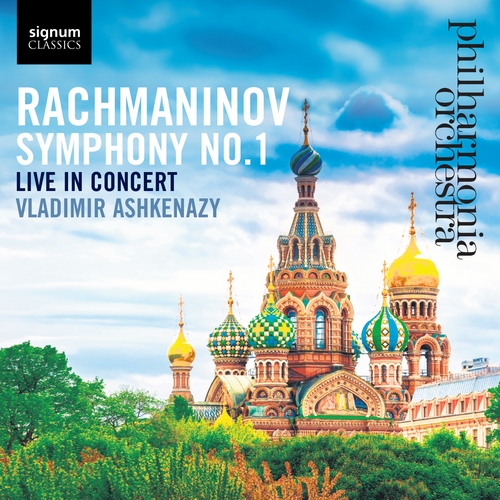 Symphony No. 1 in D Minor, Op. 13:
I. Grave – Allegro ma non troppo
II. Allegro animato
III. Larghetto
IV. Allegro con fuoco
Marking their latest collaboration with their conductor laureate Vladimir Ashkenazy, the Philharmonia return to disc with a stellar live-performance of Rachmaninov’s volcanic Symphony No.1 in D Minor. Composed when Rachmaninov was just 22, the work has a famously tumultuous performance history. The work’s premiere in 1897 – conducted by Glazunov – was a disaster,

generating vitriolic abuse from critics and reviewers of the day. Rachmaninov destroyed the score and refused the works publication during his lifetime; it was not heard again until its reconstruction from solo parts by Soviet Musicologists for a concert in 1945. This is the first release in a new series of Rachmaninov’s symphonies, conducted by Vladimir Ashkenazy in live performances with the Philharmonia Orchestra.
Recorded live at Royal Festival Hall, UK, on 17th November 2016