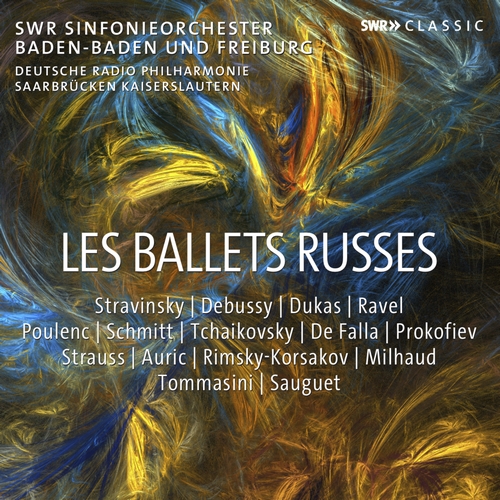 Igor Stravinsky:
Song of the Nightingale

CD 10:
Igor Stravinsky:
The Firebird
Apollon musagete
Les Ballets Russes was founded by director Sergei Diaghilev in 1909. The company never actually performed in Russia – it made its debut in Paris, and the world was to be its home during its 20 years of existence. With his concepts and commissions, Diaghilev fostered collaborations between the most exciting artists of the time, working with composers such as Stravinsky, Ravel, Prokofiev, Debussy and Satie, artists like Picasso, Kandinsky and Matisse, choreographers including Fokine, Nijinsky and Balanchine, and costume designers such as Coco Chanel. He set in motion a groundbreaking artistic revolution, the echoes of which still reverberate even today. The company’s productions were hugely successful, and Diaghilev most certainly elevated the careers of the artists he commissioned, in the process introducing an international audience to myths and legends and music and design motifs that would otherwise have remained unknown. The significance of music within all this cannot be overestimated – Diaghilev, in fact, came to ballet through his love of music.