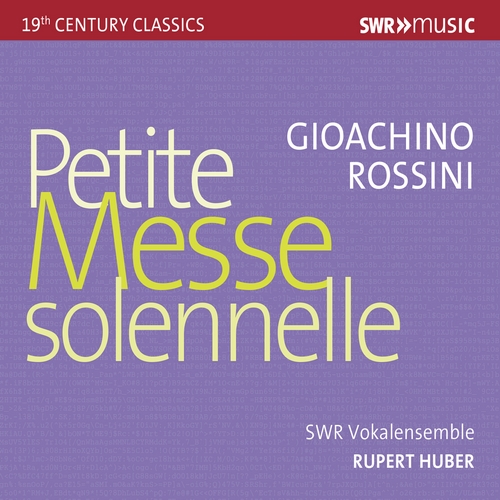 This work, which was performed a total of three times in the original version “for four voices with accompaniment of two pianos and harmonium” in the house of the Pillet-Wills while Rossini yet lived, was later orchestrated by the composer himself. As with all his later works, he closely guarded the score and intentionally kept it from being published. Thus the Petite Messe solennelle did not begin its triumphal march through the churches and concert halls in Europe until after Rossini’s death. (excerpt from booklet)
Recording: 28.03. & 03.04.1995, Stuttgart, Villa Berg. Reedycja płyty H 93053.