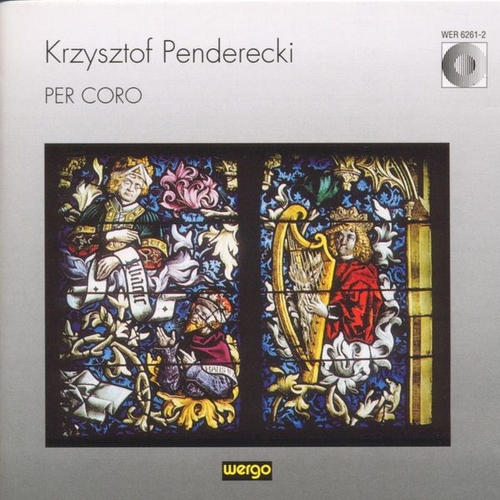 "Aus den Psalmen Davids" (From the Psalms of David) is Penderecki's first choral composition, which he wrote in 1958. It is one of the three works with which he won all three prizes in a competition sponsored by the Polish Composer's Union. The most important influences are Schoenberg and Stravinsky.

With the "Stabat Mater" Penderecki began his work on the "St. Luke's Passion". It spans the stylistic spectrum from Gregorian chant to clusters, from major triads to 12-tone chords. The "Agnus Dei" was written as one of the first parts of the "Polish Requiem"; it was composed spontaneously on 28 May 1981, the day which Cardinal Wyszynski died, the reat Polish prelate who was a friend and supporter of the composer. It is a compellingly beautiful piece for 8-part choir written in the sense of old, even ancient church music.