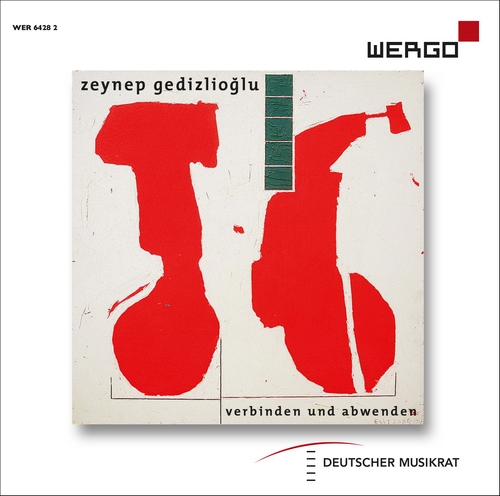 A central motivation force of Gedizlioglu‘s music is the reaching out for the ineffable, as Dirk Wieschollek writes in the booklet of the CD: “shapes solidify, contours emerge, often in imperceptible variants or shifts among things already heard, only to vanish once again.“ The perception of the world and herself, the shift between distance and approximation and the search for relations and non-relations are characteristic of the work of the composer.

The alternation between antagonisms play an important role in Gedizlioglu’s work, among others in “Verbinden und Abwenden” (Connect and Reject). The composition in three acts for orchestra and ensemble places the individual opposite the collective and questions the role assignments of both, the orchestra and the ensemble. The musicians of the ensemble are spread amidst the orchestra as soloists, like “foreign objects” in unrelated instrumental families.

“Kelimeler” (Words), the only vocal composition of this portrait, searches for possibilities and impossibilities of artistic speech. Based on a Turkish text which was written by the composer herself the piece focuses on “darkness“ and “voice“ once whispering, speaking, breathing heavily, in impulsive outbursts or linear melisma.