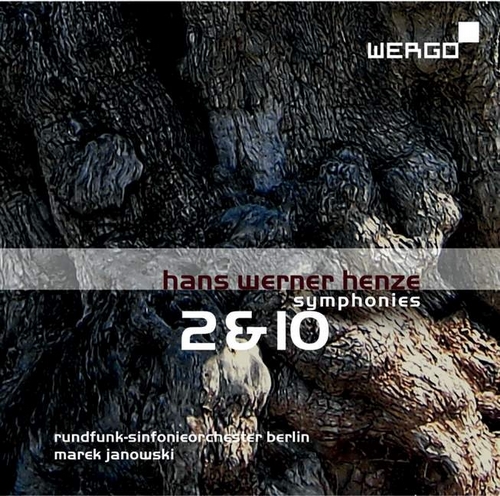 To mark Marek Janowski's 75th birthday in February 2014, the eagerly awaited complete recording of Hans Werner Henze's symphonies has now been finalised with Symphonies Nos. 2 and 10. Another birthday present is the special distinction recently awarded by the German Record Critics’ Award: “In 2014, the extremely versatile conductor Marek Janowski will receive an honorary award for his Wagner and Henze recordings, among others: an educator of orchestras by grace, an uncompromising fighter for quality.”

In 1949 Henze received a commission from the South German Radio for his Second Symphony, which was premiered in Stuttgart in the very same year. It was his first large-scale 12-tone composition. The composer later referred to the work as a kind of “winter music, grey and sombre. One might think that the experiences of the war had begun to press for a response in my music.”