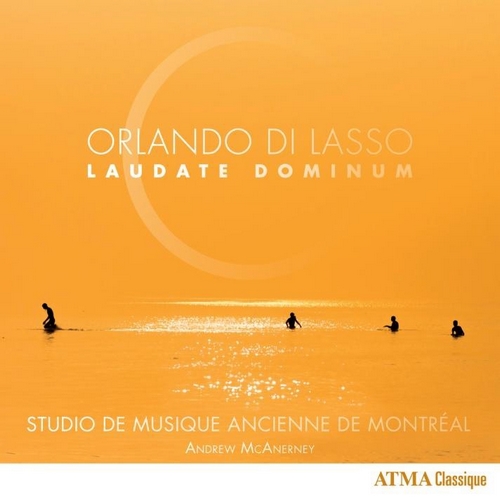 In the domain of sacred music, di Lasso’s motets are considered more original than his masses. The composer took great care in choosing texts to set, and reflected their rhetoric with perfect conviction. He poured out fresh ideas, managed polyphonic procedures with unmatched ease, and showed an original and generous sense of melody. Some motets on this recording are for 12 voices in two choirs.

The Studio de musique ancienne de Montréal consists of 10 to 13 singers chosen for the remarkable clarity and purity of their voices. The ensemble is often accompanied by period instruments in performances of Renaissance and Baroque choral masterpieces, and has made 20 widely acclaimed recordings, including several on the ATMA label.
Recorded at Chapelle du Grand Séminaire, Montréal, (Québec), Canada [June 2016]