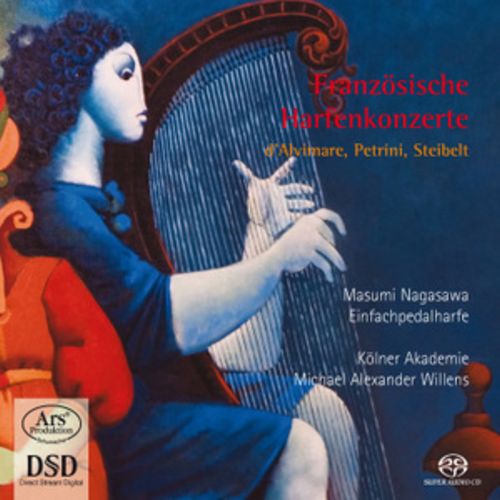 Daniel Steibelt:
Grand concerto for harp
Who would have thought that more than 30 harp concertos were written during ‘The age of Enlightenment and Romanticism’? The most well known harp concertos today from that period are those by Mozart (for flute and harp) and Boieldieu. People tend to think that these were the only concertos written for the harp at the time. On the contrary, these were many, as well as a vast amount of repertoire for the harp, (allof which are now in libraries), waiting to be discovered.

Masumi Nagasawa is one of the few harpists to perform on the modern Grand Harp, the singleaction harp (18th-19th century historical harp), the Irish harp and the kugo or Japanese ancient harp. Toshiba EMI Japan, Etcetera and Channel Classics have released CDs by her.