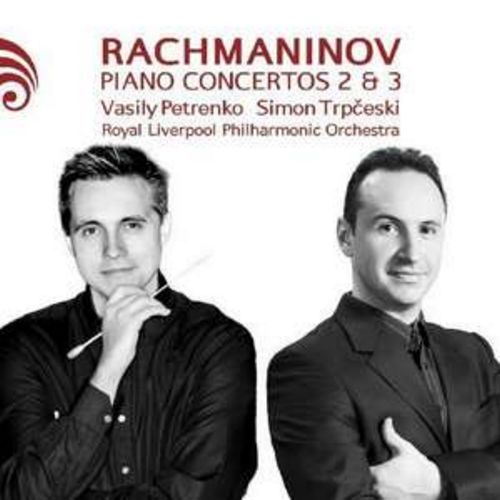 30-year-old Macedonian pianist Simon Trpceski is one of the most remarkable musicians of his generation. Here he performs technically flawless and superbly rendered versions of Rachmaninov’s notoriously challenging Piano Concertos Nos. 2 and 3. He partners with frequent collaborator Vasily Petrenko who, with the Royal Liverpool Philharmonic Orchestra, extend their fruitful Avie association with this, the first of two recordings with Trpceski surveying Rachmaninov’s complete concertante works for piano and orchestra.

Trpceski has performed extensively in the UK and has a loyal following amongst audiences of the London Symphony, Philharmonia, London Philharmonic, the Wigmore Hall and Southbank, and others. Winner of the London International Piano Competition in 2000, he was a member of the BBC New Generation scheme and winner of the Royal Philharmonic Society’s Young Artist Award in 2003. A Gramophone Award-winning artist, his first concerto recording will be eagerly sought out.

Since becoming Principal Conductor of the Royal Liverpool Philharmonic Orchestra in 2006, Petrenko has had a galvanising effect on Classic FM’s Orchestra in the Northwest. Multiple Gramophone Awards and unanimous critical acclaim have further spread their magical brand of music-making.

“Petrenko's Rachmaninov is passionate yet strikingly unsentimental. This approach fits well with that of his soloist Simon Trpceski, whose playing of this most difficult of concertos combined impish nonchalance with great muscularity. Much of it was dazzling…Trpceski dispatched the first-movement cadenza with breathtaking panache.” The Guardian
Recorded at Philharmonic Hall, Liverpool, England on 8 and 9 April, and 1 August 2009; Producer: John Frase; Engineer: Dave Pigott; Editor: Julia Thomas; Post-Production & Mixing: Philip Hobbs