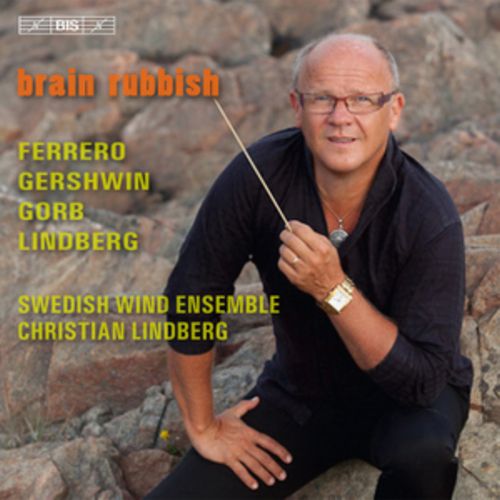 Bernardo Adam Ferrero, arr. A. Högstedt:
Homenaje a Joaquín Sorolla
With a colourful programme of original works and arrangements, Christian Lindberg and his Swedish Wind Ensemble take their listeners on a wide-ranging journey to landscapes both imaginary and real. The British composer Adam Gorb (b. 1958) opens the disc with his suite of Yiddish Dances – in the composer’s own words ‘very much a party piece’ inspired by klezmer, the folk music of the Eastern European Jews. The dance theme reappears in An American in Paris, George Gershwin’s evocation of Paris during the 1920’s: this symphonic poem was commissioned by the New York Philharmonic, but later appeared in the Hollywood musical named after it. Rearranged for the purpose, it became the music for the elaborate closing dance sequence with Gene Kelly and Leslie Caron appearing in various Parisian settings. Homenaje a Sorolla by the Spanish composer Bernardo Ferrero (b. 1942) is also programmatic: its title refers to the painter Joaquín Sorolla (1863 – 1923), and the four movements are inspired by typical subjects of his, such as fishermen’s wives waiting for their men on the beach and a religious procession taking place in Valencia, hometown of both Sorolla and Ferrero. Two compositions by Christian Lindberg himself complete the programme. In his Suite from Galamanta, the conductor-composer first takes us to the mythical town which acts as the setting of his stage work Dawn at Galamanta. Our destination in Brain Rubbish, the closing work on the disc, is Lindberg’s own brain, as the piece is an inventory of material that he had discarded as being ‘too rough and rocky’ for a work he was composing for the Chicago Symphony Orchestra. The Swedish Wind Ensemble and Lindberg have appeared together on several previous releases on BIS – discs which have been warmly received, for instance by the reviewer on the website klassik-heute.de, who commented on the ‘spark and stirring vitality, the brilliance and interpretational flair’ demonstrated by the entire ensemble.