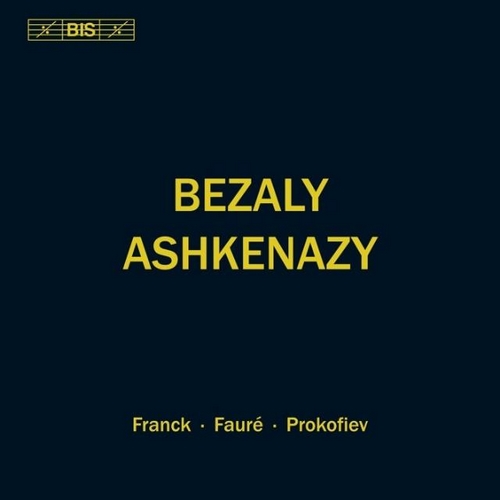 César Franck:
Sonata in A major for violin and piano (1886) (edited by Jean-Pierre Rampal)

Gabriel Fauré:
Sonata No. 1 in A major for violin and piano, Op. 13 (transcribed by Sharon Bezaly)

Sergei Prokofiev:
Sonata in D major for flute and piano, Op. 94
The flautist Sharon Bezalyhas, over the past 20 years, released some 40 discs on BIS, recordings which have contributed to the international recognition that she enjoys. Both on disc and in concert she has done much to champion new repertoire –she has had no less than 20 concertos dedicated to her. On her new disc, however, she turns to core repertoire, although not necessarily that of her own instrument.

The two sonatas by César Franckand Gabriel Fauréwere composed with the violin in mind, and even though Prokofiev's sonata was originally intended for the flute it is often heard in the composer's own version for violin and piano. But joined by the legendary pianist and conductor Vladimir Ashkenazy, Sharon Bezalynow claims (and reclaims) the three works for her own instrument, in eloquent performances that make the best possible case for the flute.