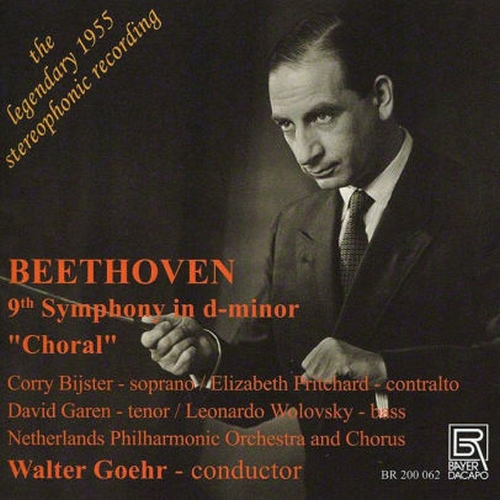 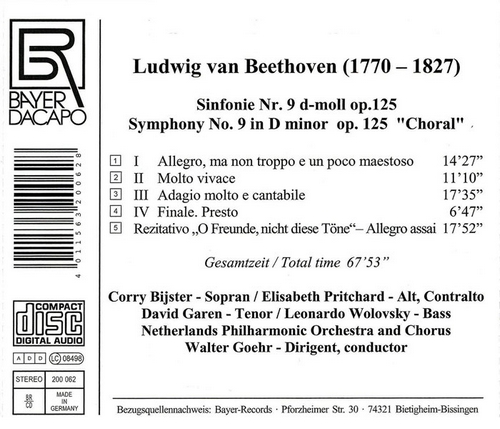 As a master student of Arnold Schönberg, Walter Goehr was particularly fond of New Music, but as a conductor he devoted himself to compositions from previous centuries. The present recording of a concert from 1955 with Beethoven's Ninth Symphony, which he recorded with the Netherlands Philharmonic Orchestra and Chorus, documents that he did this very successfully. Goehr was born in Berlin, but, being a Jewish man, he was forced to seek employment outside of Germany after working for Berlin Radio in 1932. He was invited to become music director for the Gramophone Company, and thus moved to London. It was during this time he conducted the London Philharmonic Orchestra in the premiere recording of Bizet’s Symphony in C. He was in high demand as a guest conductor for orchestras all across Europe, including the ensemble heard in this historic recording.