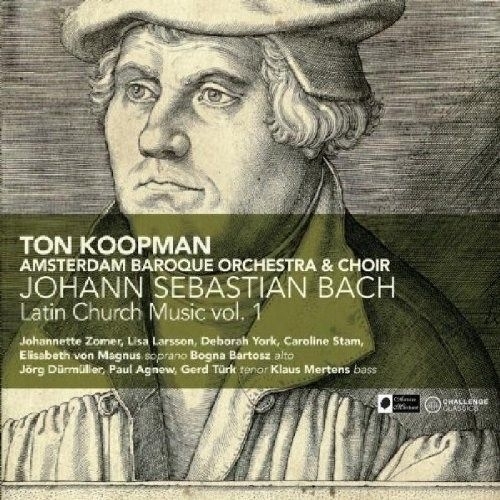 Mass in F major, BWV233
Mass in G minor, BWV235
Mass in A major, BWV234
Magnificat in D major, BWV243
Cantata BWV191 'Gloria in excelsis Deo'
Mass in G major, BWV236
Mass in B minor, BWV232:
Sanctus
The present album collects a representative cross section of Bach’s Latin church music that complements his extensive and rich repertoire of cantatas for the Sundays and feast days of the ecclesiastical year. The works cover a broad chronological range within Bach’s activities as cantor and music director in Leipzig: the Magnificat from 1723, the Sanctus from 1724, the four Kyrie-Gloria Masses from the later 1730s, and the Christmas Gloria from the mid 1740s.