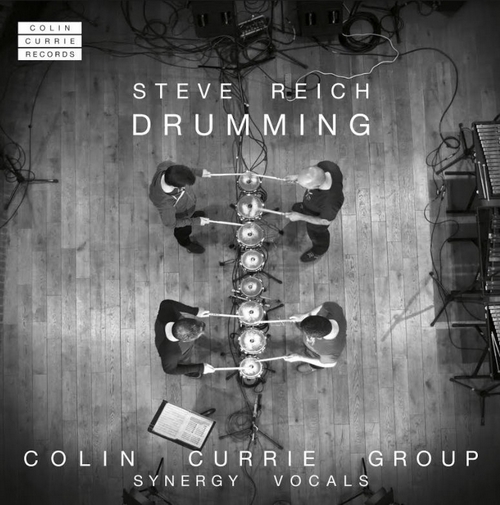 Drumming was the piece which launched the Colin Currie Group, a virtuoso ensemble of musicians hand-picked by Currie.

Formed in 2006 for a performance at the BBC Proms celebrating the 70th birthday of Steve Reich, the group specialises in the American composer’s work. This recording was made possible by a crowd-funding campaign, which Reich enthusiastically endorsed, saying “It will be, I am sure, the best recording of Drumming ever made!”

Dating from 1971, Drumming is an epic work for nine percussionists, two vocalists and a piccolo player, and employs Reich’s trademark phasing technique. Over four connected parts, the composer explores different instrument groups, first focusing on bongo drums, then marimbas and glockenspiels before the complete ensemble come together for the piece’s climax.
Recording: May 2017, The Warehouse, Waterloo, London, United Kingdom