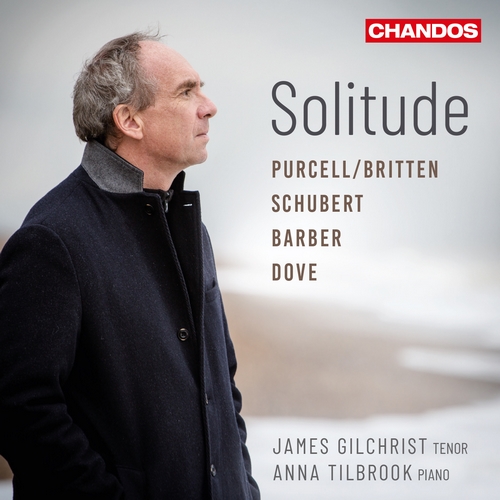 Samuel Barber:
Hermit Songs, Op. 29
James Gilchrist’s theme for this recital, Solitude, is reflected in varied and contrasting ways by the four works. In his booklet note, he describes solitude as ‘A state of being that we need, that perhaps we overlook too easily, that is harder to achieve and harder to endure and understand than we expect’.

Henry Purcell’s O! Solitude, my sweetest choice (in the arrangement by Benjamin Britten) focuses on twin themes of solitude: the peace found in the meditative state and the pain felt by being separated from loved ones.

Schubert’s Einsamkeit represents the importance of solitude as an important theme in the German romantic tradition: yearning for homeland, the lonely wanderer, and separated lovers appear again and again in the poetry, prose, and music of this era. In Under Alter’d Skies, Jonathan Dove explores the unwanted solitude of grief and loss. The cycle sets excerpts of In Memoriam, Alfred Lord Tennyson’s response to the sudden death of his friend Arthur Hallam.

The programme closes with Samuel Barber’s Hermit Songs, settings of the marginal jottings of mediaeval Irish monks as they copied or illuminated manuscripts. These extraordinary texts show the anonymous men, who chose a life of solitude and devotion to God, to be every bit as human as the rest of us!
Recording: Potton Hall, Dunwich, Suffolk; 10 – 12 June 2019. Piano: Steinway Model D (serial no. 592 087) concert grand piano courtesy of Potton Hall.