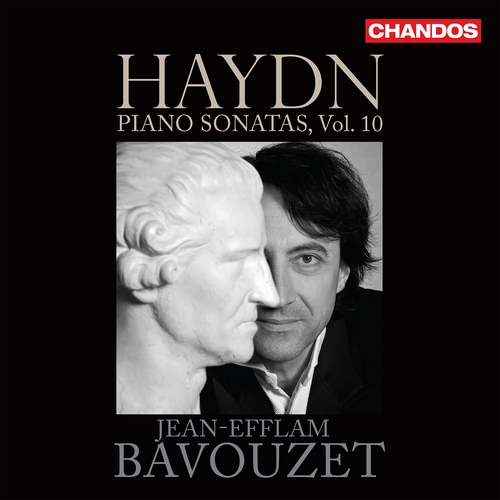 Bavouzet notes: ‘The Variations in E flat major and the Sonata in A major (Hob. XVI: 30) were for me the marvellous revelations of this programme. In the E flat major Variations (the lovely theme of which Mozart borrowed in his Sonata, KV 282!), the chief question was to decide whether to repeat the theme at the end, as certain editions recommend. After several experiments, I finally opted for a solution perhaps a little anachronistic, by construing the entire last variation as a long, gradual crescendo which takes us from the sombre and serious atmosphere of the preceding variation towards the brilliant light of the unadorned chords that conclude this magnificent cycle.’
Recording: Potton Hall, Dunwich, Suffolk; 15 – 17 June 2021. Piano: Yamaha model CFX nine-foot Concert Grand Piano courtesy of Yamaha Music UK, Serial no. 64 10300-B.