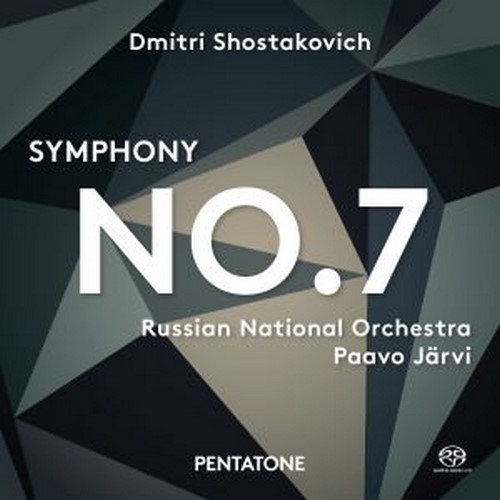 It is hard to escape the incredible pull of Symphony No. 7, knowing the background to its composition and its general significance. Shostakovich began to work on the actual composition in July 1941 in Leningrad, where he wrote the first three movements under constant attack from the enemy; and after his evacuation from the city besieged by German troops, he completed the Finale and the instrumentation in Kuibyschev in December 1941.

This outstanding work achieves its true dimensions thanks to the sophisticated and polished conductor Paavo Järvi conducting the Russian National Orchestra in this recording. Needless to say he elevates the composition to an even higher level. The round and open sound of PENTATONE’s multichannel recording on SACD assures an honest yet captivating listening experience.

“Even before the war, hardly a family could be found in Leningrad that had not suffered a loss: the father, the son; and if not a family member, then a close friend. Everyone had someone to mourn. But you had to cry softly, under your blanket. You could not let anyone see you: everyone was afraid of everyone else. We were crushed, suffocated by grief. It choked us all, including me. I had to turn it into music, I felt it was my duty and obligation. I had to write a requiem for all those who had died, for all those who had been tortured.”(Extract from Shostakovich’s posthumously published memoirs: The Memoirs of Dmitri Shostakovich).