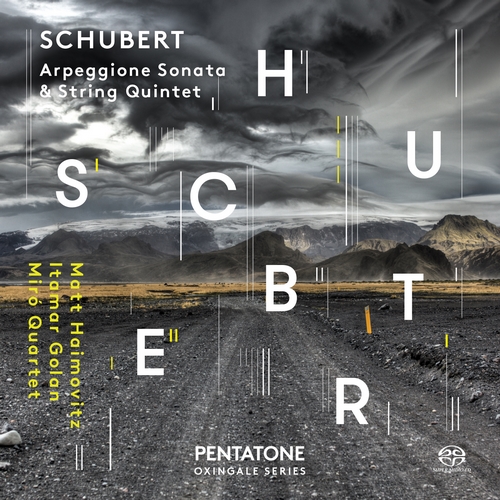 Finished only a few months before his untimely death in November 1828, Schubert’s String Quintet in C major, set for the rather unusual combination of string quartet plus a second cello, received its first public performance in 1850 and was published only in 1853. Nowadays generally considered to be one of the greatest masterpieces in the chamber music repertoire, it is hard to imagine that the Quintet remained unheard for such a long time. On this album it can be heard in a 2003 performance by Matt Haimovitz and the Miró Quartet.