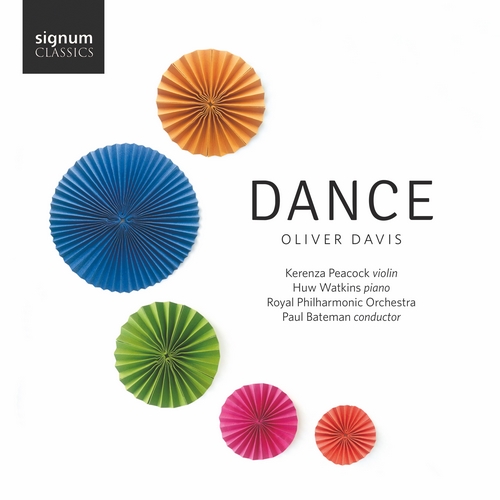 Dance forms the final part of a trilogy of albums following ‘Flight’ and ‘Seasons’. This project started as a concept album, using the title as the inspiration for the works. Though several of the works embrace the composer’s background collaborations in ballet, there are other works influenced by violinist Kerenza Peacock’s connection with folk music. The disc will be recorded at Abbey Road Studios with Kerenza Peacock, pianist Huw Watkins and The Royal Philharmonic Orchestra conducted by Paul Bateman.
Recorded at Abbey Road Studios, London June 2016 Engineered by Jake Jackson