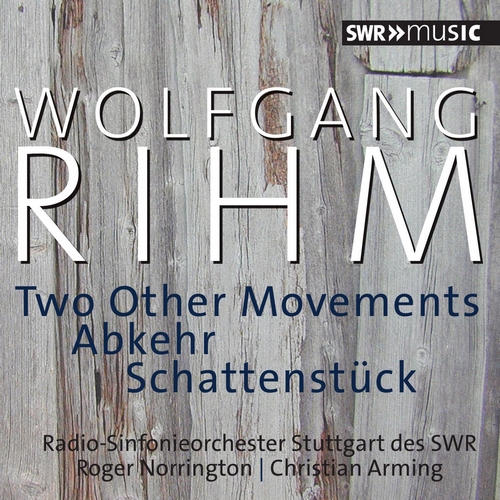 Two Other Movements
Abkehr
Schattenstuck
He has now been composing for nearly half a century: Wolfgang Rihm, born in Karlsruhe in 1952, where he was already learning composition from Eugen Werner Velte while still a high school student, later also from Klaus Huber in Freiburg and Karlheinz Stockhausen in Cologne, belonged to the so-called “young savages” at the famous Donaueschingen Festival for contemporary music back in the 1970s. Following performances of his works Morphonie in 1974 and Sub-Kontur in 1976, “New Simplicity” or “New Romanticism” were the buzzwords making the rounds of the scene; yet Rihm and a few of his fellows of the same age had done no more than to counter a gridlocked canon of forms and expression with their own, individual musical idiom or, if you will, defiantly hurl it at them.
World Premiere recordings